The following are selections from the Healing Sounds Radio Show, which airs at 12 Noon Eastern Time on the 2nd Wednesday of each month.

Tune in to Jonathan Goldman’s Healing Sounds Show on www.healthylife.net to hear the live shows each month.

Please enjoy these archived shows which feature the following guests: Gregg Braden, April 9, 2008
Gregg Braden is internationally renowned as a pioneer in bridging science and spirituality. A New York Times best selling author, Gregg spent many years as a scientist working for major corporations before the global crises of the late 20th Century inspired him to begin a full-time quest for the solutions that he believes survive in the oldest records of our past. For more than 20 years Gregg has searched high mountain villages, remote monasteries, and forgotten texts to uncover their timeless secrets. To date, his work has led to such paradigm-shattering books as The Isaiah Effect, The God Code, The Divine Matrix: and The Spontaneous Healing of Belief. Don Campbell, June 13, 2007
Don Campbell, an interfaith minister, is a recognized authority on the transformative power of music, listening, and The Mozart Effect®. He’s a leading lecturer and consultant to health-care organizations, corporations, parenting groups, and schools. He works with audiences of symphony orchestras on how music can affect learning, healing, and other aspects of our lives. Don is the acoustic and musical director of Aesthetic Audio Systems, an innovative company that provides quality music to health-care facilities. He has written 20 books including, The Mozart Effect which has been translated into 24 languages.

Honoring Sarah Benson, March 14, 2007
Sarah Benson is a master sound healer, musician, teacher and initiator into the mysteries of sacred sound. Sarah is the woman who first initiated me into sound over 25 years ago. One of the original pioneering teachers in the arena of sound healing, she has been inspirational to many in this field, in particular demonstrating the healing power of unconditional love with sound. She is an embodiment of the Divine Mother and has imparted this loving energy through her sound and music for over 30 years. This program will focus on Sarah–her teachings and music. We’ll also be listening to her musical contributions on various recordings.

Dean & Dudley Evenson, August 13, 2008
Dean and Dudley Evenson are sound healing pioneers who began creating their peaceful music of flute and harp with natural sounds in 1979 through their label, Soundings of the Planet. They collaborate with outstanding musicians and have produced over 60 CDs of healing and world music that are extremely popular with healing arts practitioners. Their award- winning music is endorsed by leading mind-body authors including Joan Borysenko, Deepak Chopra, Larry Dossey, and country singer Naomi Judd, who used it in healing from her liver disease. Their music is currently being used at Walter Reed to help returning combat veterans deal with PTSD and wounds of war. Their Partners in Healing program assists those in need. The Evensons teach workshops on Sound Healing and are creating a comprehensive Sound Healing DVD.

Joshua Leeds Nov. 12, 2008
Joshua Leeds is a sound researcher, educator, and music producer. He specializes in the field of psychoacoustics-the study of the effect of music and sound on the human nervous system, and bioacoustics- how human sound affects other living beings. He is the author of Through A Dog’s Ear (2008), The Power of Sound (2001), and Sonic Alchemy (1997). His 30+ psychoacoustically designed recordings are used in homes, clinics, classrooms, and animal shelters around the world. Joshua teaches the therapeutic applications of music and sound to musicians, healthcare and education professionals around the world.

Sharry Edwards, October 8, 2008
Sharry Edwards, the recognized pioneer of Human BioAcoustics, has dedicated over 30 years of research into utilizing the body’s own voice frequencies to maintain wellness. Edwards’ advanced computerized frequency programs have advanced to such a degree that she is currently collaborating with the United States Army in a joint effort to use frequency presentation to help returning soldiers who suffer from Post Traumatic Stress Disorder and Traumatic Brain Injury. Sharry Edwards is currently teaching these skills to people around the world in an effort to allow people the opportunity to monitor their own health and well being and to begin their own wellness careers in Human BioAcoustics.

Jonathan Goldman & Andi Goldman – Feb. 14, 2008 World Sound Healing Day
This is the hour before the 12 noon eastern time Global Sounding on Temple of Sacred Sound. During this time, my wife Andi & I will present the Introduction to World Sound Healing Day. We’ll focus on the concept of Global Harmonization-bringing peace and harmony to the planet through sound. The last 10 minutes of this show will culminate in our presenting a heart activation through breath, visualization and sound. After the show, we’ll be journeying together to sound on www.templeofsacredsound.org.

Dr. Alex Theory, March 12th, 2008
Alex Theory is the founder of the 2008 Global Sound Conference and the 2007 Global OM project. He draws upon extensive training in psychology and psychoacoustic music production to research and integrate new modalities in sound therapy. He is often found performing at conferences, festivals and retreats worldwide. His music has received international airplay on film, radio and television commercials, and he has published articles for numerous magazines. We’ll focus on sound conference as well as discussing the field of sound as it emerges into mainstream consciousness.

Laraaji Nadananda. January 9, 2008
Laraaji is a teacher of laughter as Energy Medicine and Therapy, a Cosmic Musician who tours and records internationally to share his gift of bliss and healing sound. He is a composer – musicologist with some 30 years of experience. He has many recordings in the area of Consciousness, Meditation, and Self Realization. Considered a pioneer in the field of ambient music, Laraaji’s celestial zither has resonated on numerous recordings. His music includes: “Ambient 3: Days of Radiance”, “Celestial Reiki” and “Flow Goes the Universe”.

Vickie Dodd December 12, 2007
Vickie Dodd is a recognized pioneer in sound healing bodywork for over three decades. The essence of Vickie’s work is a multi-dimensional approach to using sound as an evolutionary tool,an awakening tool, emphasizing the maturation of the emotional body. the author of Tuning the Blues to Gold: Soundprints, is also a recording and performance artist. Vickie teaches in the United States, Canada and Europe. She is the Director of SoundBody Productions.

Mandara Cromwell November 14, 2007
Mandara Cromwell is President of Cymatherapy® International. Cymatherapy represents the work of Dr. Peter Guy Manners, who began exploration of sound as a healing modality in the 1960’s. Manners, working in collaboration with a group of scientists and medical doctors, for decades formulated biosignatures and healing frequencies for each part of the body. The Cymatic Instrument, now called the Cyma®1000, generates specific frequencies which are projected into the human body and its associated energy systems for healing. This revolutionary work truly represents one of the most important modalities of sound healing.

Alec Sims July 11, 2007
For the past ten years, Alec Sims has been working closely with my wife Andi Goldman and I assisting with Healing Sounds projects and events, including the Healing Sounds Intensive. He is the Healing Sounds Correspondence Course Supervisor. In addition to being an extraordinary teacher, musician and performer of vocal harmonics, Alec is adept in metaphysics, the science of sound and the healing aspects of sound and music. Alec and I share a fascinating discussion on the search for “Magic Frequencies”.

Steven Halpern May 9, 2007
Steven Halpern is an award-winning composer and recording artist whose music transmits an aura of love and healing. A pioneering sound healer, author and workshop leader, his best-selling recordings, like “Chakra Suite” and seminal book Sound Health, have helped bring sound healing into the mainstream.as well as an accepted component of complementary and alternative health care. 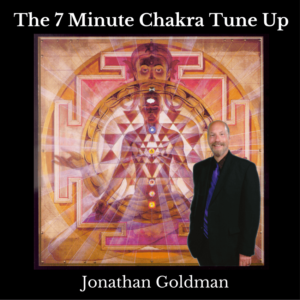